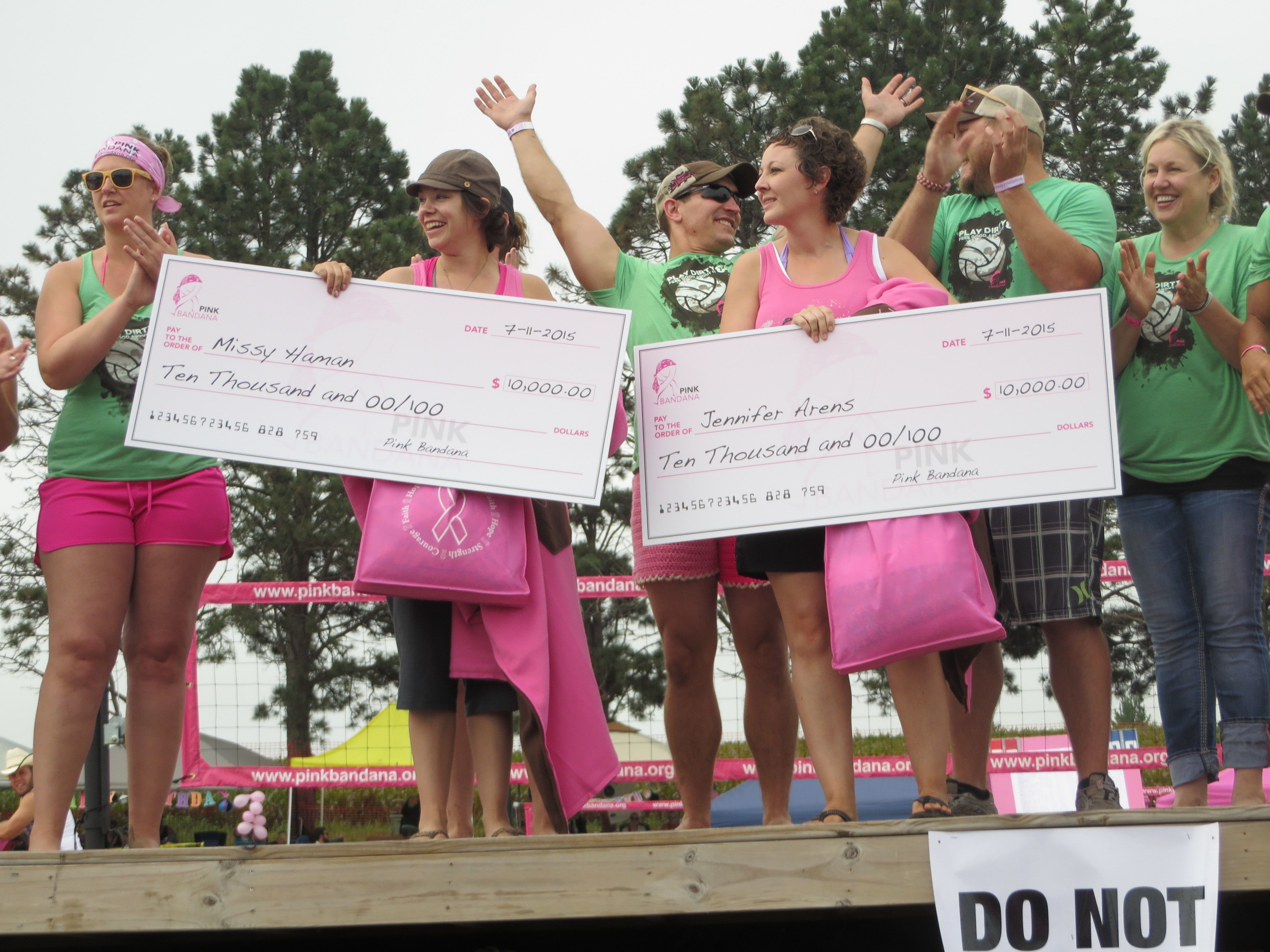 Pink Bandana’s history starts with the idea of a simple mud volleyball tournament and the desire to do something good to help people. Breast cancer was chosen as the cause and the concept of helping a family become our objective.

Our first Beat Breast Cancer Mud Volleyball tournament in 2008 was set in the sleepy little village of Abie, Nebraska, population 90. Year one registered 37 teams, which was a surprise to the organizers. A total of $1,900 was given to Karla (Keller) Leriger who was 23 years old battling breast cancer.

Fast forward to today, the tournament has grown into a beloved event around which people plan their vacations. The mud volleyball tournament registers 256 teams and brings in 3,000 people to the small village of Prague, Nebraska. The popularity of the tournament is so strong that registration fills up in under 5 minutes annually.

The success of the tournament has spurred growth and in order to branch out, the organization added the Pink Bandana Golf Scramble. The golf scramble continues to grow and become one of the key golf scrambles in the area.

With the revenue raised from the Beat Breast Cancer Mud Volleyball Tournament and the Pink Bandana Golf Scramble, Pink Bandana is able to help three families, giving each recipient $10,000 gift and sponsor an annual college scholarship, up to $4,000, to a graduating high school student.

It’s our goal to continue to support families in need, both financially and emotionally. Each year new recipients are chosen and each year we add new members to the Pink Bandana family.